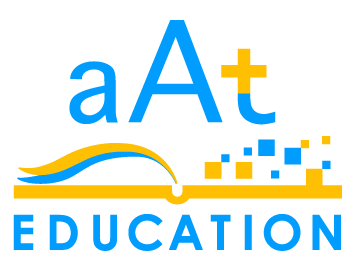 Praise for Land of Hope

At a time of severe partisanship that has infected many accounts of our nation’s past, this brilliant new history, Land of Hope, written in lucid and often lyrical prose, is much needed. It is accurate, honest, and free of the unhistorical condescension so often paid to the people of America’s past. This generous but not uncritical story of our nation’s history ought to be read by every American. It explains and justifies the right kind of patriotism.

--Gordon S. Wood, author of Friends Divided: John Adams and Thomas Jefferson
Those who are acquainted with Wilfred McClay’s writing will not be surprised that Land of Hope, his latest book, is a lucid and engaging account of the “great American story.” McClay is a charming storyteller – and a first-rate scholar and appreciator of America’s political and cultural development.

--Michael Barone, resident fellow at the American Enterprise Institute, senior political analyst at the Washington Examiner, and coauthor of The Almanac of American Politics
We’ve long needed a readable text that truly tells the American story, neither hiding the serious injustices in our history nor soft-pedaling our nation’s extraordinary achievements. Such a text cannot be a mere compilation of facts, and it certainly could not be written by someone lacking a deep understanding and appreciation of America’s constitutional ideals and institutions. Bringing his impressive skills as a political theorist, historian, and writer to bear, Wilfred McClay has supplied the need.

--Robert P. George, McCormick Professor of Jurisprudence, Princeton University
In a time when America seems pulled in opposite directions, Wilfred McClay has written a necessary book – the most balanced, nuanced history of the United States I have read in the past fifty years.

--Daniel Henninger, deputy editor, editorial page, The Wall Street Journal
Wilfred McClay has written more than a textbook. His affirmative, even-handed review of American history, institutions, and character is refreshing, and comes none too soon, when so many accounts are merely trying to settle scores. Beau¬tifully written and fair minded, Land of Hope ranks among the finest surveys of the nation’s past.

--Gilbert T. Sewall, Director, American Textbook Council
No one has told the story of America with greater balance or better prose than Wilfred McClay. Land of Hope is a history book that you will not be able to put down. From the moment that “natives” first crossed here over the Bering Strait, to the founding of America’s great experiment in republican government, to the horror and triumph of the Civil War, and to the stirring election of Barack Obama, McClay’s account will capture your attention while offering an unforgettable education.

--James W. Ceaser, Professor of Politics, University of Virginia
I wish Land of Hope had been there when I was teaching U.S. history. It is history as literature – broad, detailed, compassionate – and it can help anyone who wants to know where we came from and how we got here. Professor McClay has made a welcome gift to the history of our country.

--Will Fitzhugh, Founder, The Concord Review
This is the most cheerful and inspiring history of America written so far this century. Where most historians emphasize fragmentation and oppression, McClay makes the case for a unified national story characterized by optimism and achievement. Without downplaying dismaying episodes, past and present, he shows how they have been offset by the American pursuit of reform, revival, and improvement. Old heroes like George Washington are restored to their rightful place. America is far from perfect, McClay admits, but it is genuinely dedicated to the ideals of equality and democracy, and there is much to be proud of. I can imagine schools and colleges assigning this book with a sense of gratitude and confidence.

--Patrick Allitt, Cahoon Family Professor of American History, Emory University
In Land of Hope, Bill McClay succeeds at multitasking. He has written not only a learned and readable history of the United States, from Columbus to Trump, with balance and integrity but has provided an insightful primer on the meaning of citizenship itself. McClay reminds us that although history holds no easy lessons, its honest practice proves indispensable in preventing the future from proceeding in darkness. Those entrusted with teaching young minds about the discipline of history as well as history will find in this volume much to fortify them.

--Robert Paquette, Professor of History and President, The Alexander Hamilton Institute
Land of Hope is in every way a remarkable piece of work, clearly written and as balanced and fair-minded as any American history you will ever read. Land of Hope operates on the assumption that the past remains a necessary part of us, something we must both understand and learn from. It refuses the all-too-common view that we today are simply superior to our own history, a history that amounts to little more than a grab bag of chicanery, venality, and self-interest. Instead, it is an attempt to lay out the political history of our nation, the dilemmas we faced, the choices we made, and the ideas that shaped and reshaped our American creed.

--John Agresto, Professor of Political Science, former President of St. John’s College, and author of Rediscovering America
Land of Hope seems written for such a time as this, when ideology, combined with a profound historical ignorance, has left several generations belonging to no internalized story larger than their own experiences. Here we encounter a habitable story that comes complete with the principles, obligations, and privileges of citizenship.

--Ted McAllister, Law & Liberty
To hear many historians today tell it, the American past offers a choice: you can love your country or you can learn its history – but not both. McClay rejects this dichotomy. Land of Hope proves that patriotism is not only compatible with a clear view of America’s past – it should proceed from it as well.

The antidote to the damage caused by Howard Zinn’s wretched A People’s History of the United States. Give it to every millennial on your Christmas list.

--George Weigel, First Things
Written most immediately for high school students taking Advanced Placement courses, the book looks and feels the part of a history textbook. But unlike most of those dreary tomes, it reads like a bestselling thriller. In finely wrought yet readable prose, history comes alive in McClay’s expansive and thoughtful appraisal of the American story.

--Mike Sabo, Intercollegiate Studies Institute
Professors and teachers across America should cancel their fall book orders and replace their current textbooks with Wilfred McClay’s Land of Hope. McClay, the G. T. and Libby Blankenship Chair in the History of Liberty at the University of Oklahoma, satisfies the promise made in the title of his latest work. In it, he invites everyone to learn how ideals drove America’s creation and success.

--Stephen Tootle, National Review
Wilfred McClay’s new book Land of Hope is a gift for Americans aiming to revive a more unifying approach to national history and civics. McClay is clear from the start: He aspires to tell America’s story in a way that is both accurate and inspiring. This book is not an academic screed, but a compelling narrative spun across centuries. Key moments are smoothly tied together so students can see history’s progression from the Boston Tea Party to the Louisiana Purchase to the closing of the frontier, and so on.

--Andy Smarick, Philanthropy Magazine
McClay's book does not whitewash our history, but presents an honest and fair accounting that recognizes the astonishing success of the American experiment. If any U.S. history survey in recent memory has a chance to unseat Zinn in the classroom, it just might be McClay's delightfully written tome.